From Drawing to Collage to Casting – Mural Design with Primary Schools

This resource describes the processes involved in designing a site specific artwork for the public realm, working with pupils from a local primary school.

The commission, for Cardiff City Council, was to design and implement a painting and sculptural relief for a pedestrian subway in Llanederyn, Cardiff.

The commission specifically asked for a painter to work with a sculptor who had experience of working in relief. I was keen to work with Kathy Dalwood. Kathy has 2 public pieces in South Wales, both of which I think are fantastic – I felt honoured she agreed to collabourate on this.

Llanederyn is a housing estate built in the 1960’s so I decided to use this as the inspiration for the work. This fitted well with Kathy’s work too as she had previously undertaken a commission for Habitat based on similar architecture. I liked the idea of linking this with a graphic style influenced by 60’s design too.

I undertook 3 days of workshops with Springwood Primary.

Day One and Two

The first session introduced the project, themes and styles. Pupils were shown examples of 1960’s graphics, took photographs of the local area and thought about ideas that related to their neighbourhood. I used this first day very much as a warm-up exercise – getting children to think about how they could simplify their images by working in line.

The second day I wanted them to focus specifically on the style of local buildings. I made black and white photocopies from their photographs – deliberately upping the contrast so that the images broke down, emphasizing shape and tone.

I then got the children to draw their building using graphite sticks – I told them not to worry about the details, bushes and other distractions in the photocopies, I wanted them to look at the patterns that were present in the building and translate the blocks of tone– 60’s architecture is ideal for this! 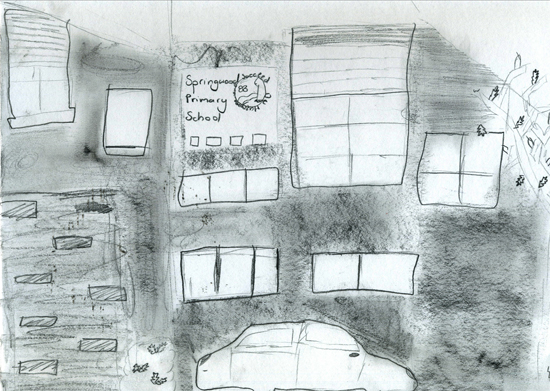 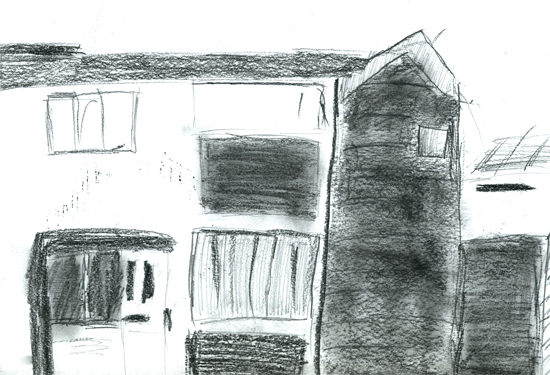 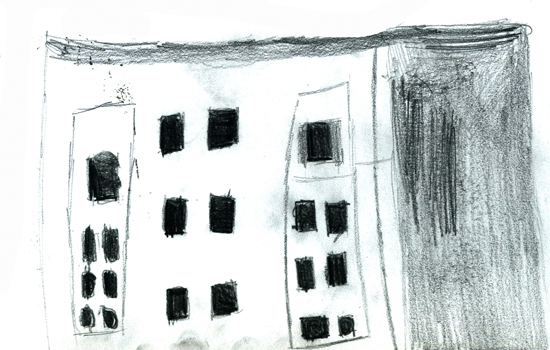 From their drawings I then gave them the task of translating this into a collage. I gave them a few rules, they could only use black, white, grey and one other colour of their choice. It turns out rules are for breaking! 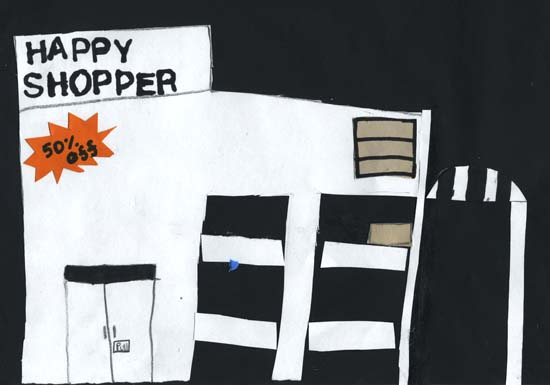 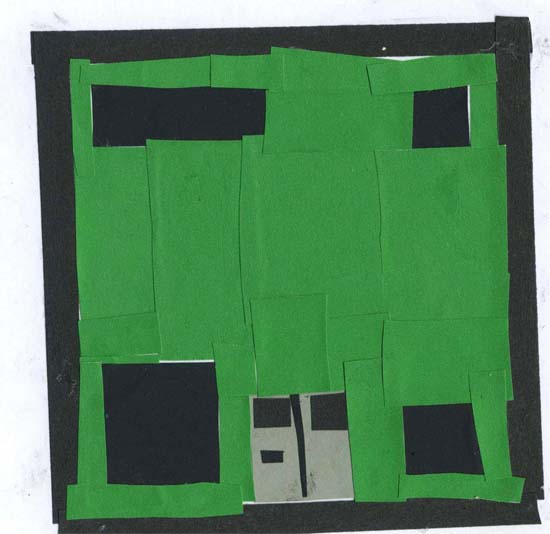 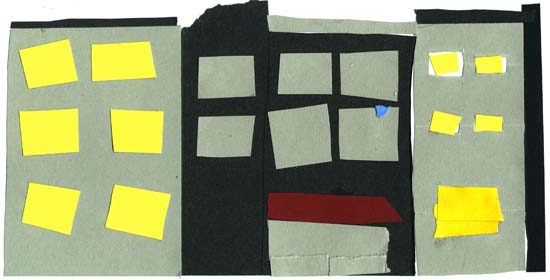 On day 3 we worked on making a 3-d relief based on their collages. In Cardiff we are lucky to have a scrap-store (where local companies donate unwanted items and remnants from manufacturing processes). The children were given a 20cm x 20 cm piece of card to work onto. They could use any of the materials to create their relief collage using their previous work as inspiration. They were told to think about different textures, make sure they didn’t go over the edges of the card and to make sure everything was securely stuck down – otherwise things float in the plaster!

The finished collages were then put in a mould – again I used some foam I’d found at the scrap store but any method could be used, wood, card, rigid plastic. I secured these with gaffa tape – the important thing is to make sure the collage hasn’t gone over the edge of the card so that the mold can be secured tightly to the edges – any gaps and the plaster escapes!

Plaster is then mixed (I usually allow the children to help put in handfuls of plaster – they love the feel of the powder!) and then poured into the molds. At this stage it is useful to have something at hand to block up any leaks that appear, I tend to use clay but newspaper can work too.

This is exactly the way Kathy works to create her large sculptural commissions. She casts directly from objects and materials and ends up with a 'negative' - exactly like the children did.

Once the plaster has gone off the molds can be removed and the reliefs revealed.

These relief artworks formed the inspiration for Kathy to work up cast pieces for the mural. She was ‘bowled over’ by the children’s work and was excited for the implications their uninhibited approach would have on her own work.

The children’s collages formed the basis of the final mural design which was painted on and officially opened in May 2014.

Louise Shenstone is Head of Visual Art for Artis Community, a community art organisation based in Pontypridd that works throughout South Wales. Louise has over 30 years experience of working as a public and community artist creating works in the public realm and facilitating others in the production of artworks in school and community settings. 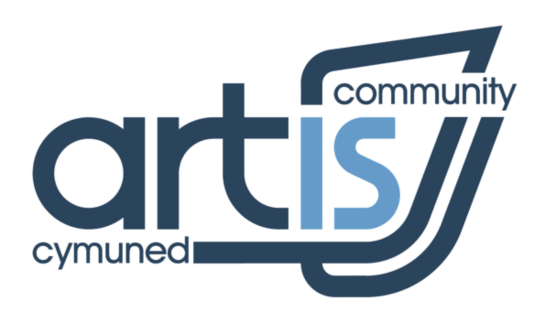