Gothic Revival: Craft Techniques for the Class Room Inspired by the Leach Firm of Cambridge

Paula Briggs and Sheila Ceccarelli have worked with teenagers and children to adapt some of these skills and techniques for the classroom.

How to Make a Tessellated Design 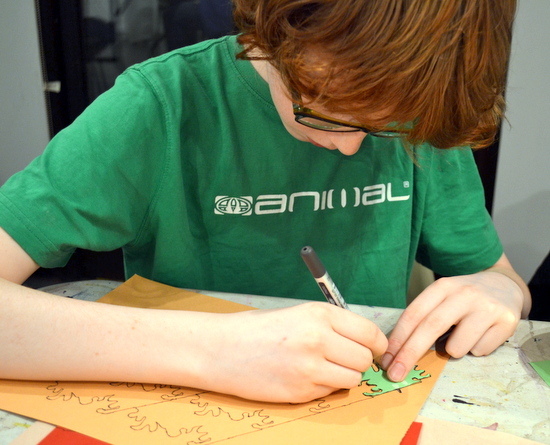 ‘Pouncing’: A Simple Technique to Transfer Patterns onto Plaster Tablets

Gilding and a ‘Touch of Gold’ 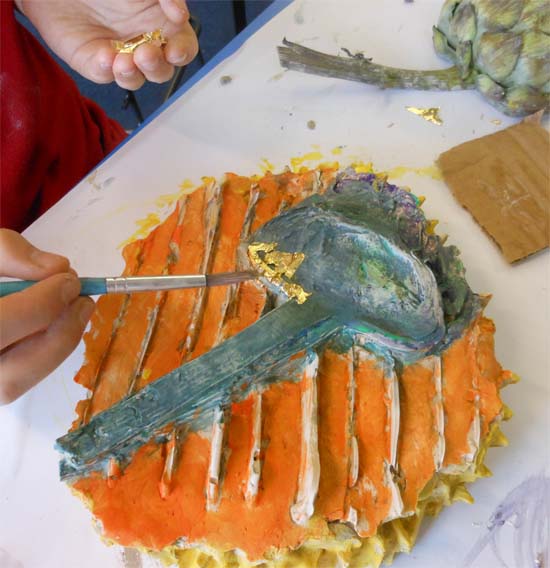 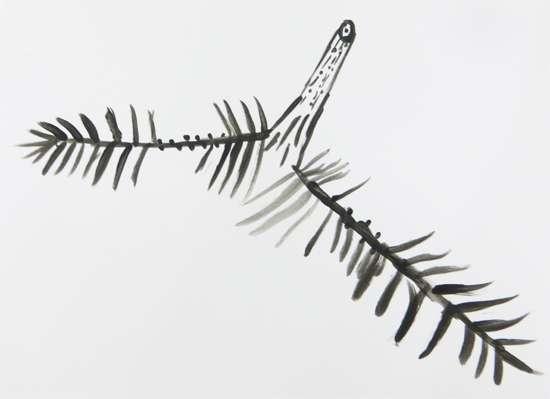 Their expertise led the firm to work on ecclesiastical and civic arts, crafts and decoration as well as domestic architecture and interiors.

If their workshops could talk they would have told of stained glass being designed, painted and fired; stone statues carved; wooden decorations turned; panels chiselled, decorated and gilded; furniture crafted; metal forged; and tiles painted. In fact they could create anything that a well-decorated house, church or college would need.

Wall painting was a popular decoration for churches during the neo-gothic revival in the mid to late Victorian era.

The paint colour was mixed by hand and then often applied straight to the wall or ceiling. The design was often painted freehand or using stencils which included a technique called ‘Pouncing’.

This technique is where the design is drawn out on paper and the outline is pricked all around to produce small holes.

Click on the image above to see How to Make a Tessellated Design.

This is then placed on the wall and dabbed all over with a small bag of fabric filled with powdered graphite or chalk. The powder is forced through the holes so that when the paper is removed it leaves an outline of the pattern on the walls.

Gilding was a popular finish for the ornaments that decorated the ceilings of neo-gothic churches.

These ornaments were made of lead or plaster and were often start that shone down from their great height once gilded in gold.

The first stage to gilding is when gold is pounded until it becomes as thin as tissue paper (25g can be beaten out to cover an area of 3m square).

The surface of the ornament to be gilded is prepared by brushing it all over with a glue called size.

This is left to dry until it reaches a ‘tacky’ state.

The gold sheets are then carefully laid onto the surface of the ornament and the size sticks it to the surface.

The gold is then worked into all the areas of the ornaments using a brush to push it down. There were special brushes made for doing this including one made from squirrel’s fur.

The neo-gothic revival saw a resurgence in stained glass design for churches and domestic architecture of the day.

One technique used was that of Silver Staining Glass. This is where silver nitrate is painted onto clear glass and fired until the silver paint becomes part of the molecular structure of the glass and produces colours from a pale yellow to a rich orangey-amber.

Follow the link above to see How to Print on Glass.

Motifs or designs were painted onto glass ‘quarries’ or shapes of glass that would be could together to form a leaded window.

For this reason diamonds, squares or other shapes that would tessellate were popular. This type of stained glass window also allowed a lot of light into the building which went well with the decoration of a neo-gothic church where the walls were decorated and deserved to be seen.