Teenagers Work on an Art Project for the Community

Teenagers at AccessArt's Experimental Drawing Class, have spent the last four weeks working on an art project for the community, where their final artworks are being shown along side those of other contributing artists'.

Arts organisations and artists, including artists at Cambridge ArtWorks studios, have been transforming mannequins into artworks - which have been placed around Mitcham's Corner, Cambridge, and will be shown during the month of July 2014. The project has been coordinated by 'Friends of Mitcham's Corner' - who have been campaigning to reinstate a sense of identity and community to this residential corner of Cambridge, once a vibrant part of the city and home to a well known clothes shop run by the Mitcham family.

This project has been a very good opportunity for students to work with a brief:

Paddy Mannion, who is coordinating the Mitcham's Models project, arranged for the models to be spray painted by Morley Brothers in Milton, so that the mannequins were strong and weather proof. I Googled top colours for teenagers 2014 and came up with 'Radiant Orchid' and Dazzling Blue'.

Students worked for four weeks on the models in their hour and a quarter long sessions. I ran some extra sessions at the end of the project, when it was clear that we needed more time. During the first session, I worked a lot with the teenagers brainstorming and finding out how they wanted to approach the project and which were their preferred materials to work with. I used 'post-it' notes in an exercise to find out how the teenagers felt about working with the models and what their first impressions of them were. I was keen to make sure that everyone wanted to participate and that they had ownership of the project. In this way, we uncovered what the key themes emerging were, what the teenagers' expectations were and which materials they wanted to explore most.

Students also had a chance to draw the mannequins and work on ideas in their sketchbooks.

The following session we spent building armatures out of bamboo, cane, wire and tape.

We then covered the armatures in plaster and modroc to make them strong.

The theme of two teenaged friends meeting and talking together began to emerge and it became clear as we worked that the two models needed to stay together.

Many thanks to Libby, Ingo, Jasmine and Ella who put in extra hours, so that the models could be completed in the short time. Students have had the idea, that the mannequins need to be 'accessorised' - which is developing into the idea of making their models have an interactive element to project.

So, if you are passing by Mitcham's Corner in July, do try and find AccessArt Experimental Drawing Class's 'Mitcham Models' and share a friendship or loom bracelet with them!

Many thanks to TTS and Pisces The Art Specialist for providing the materials for this workshop. 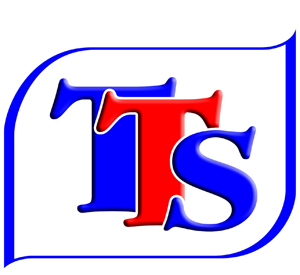