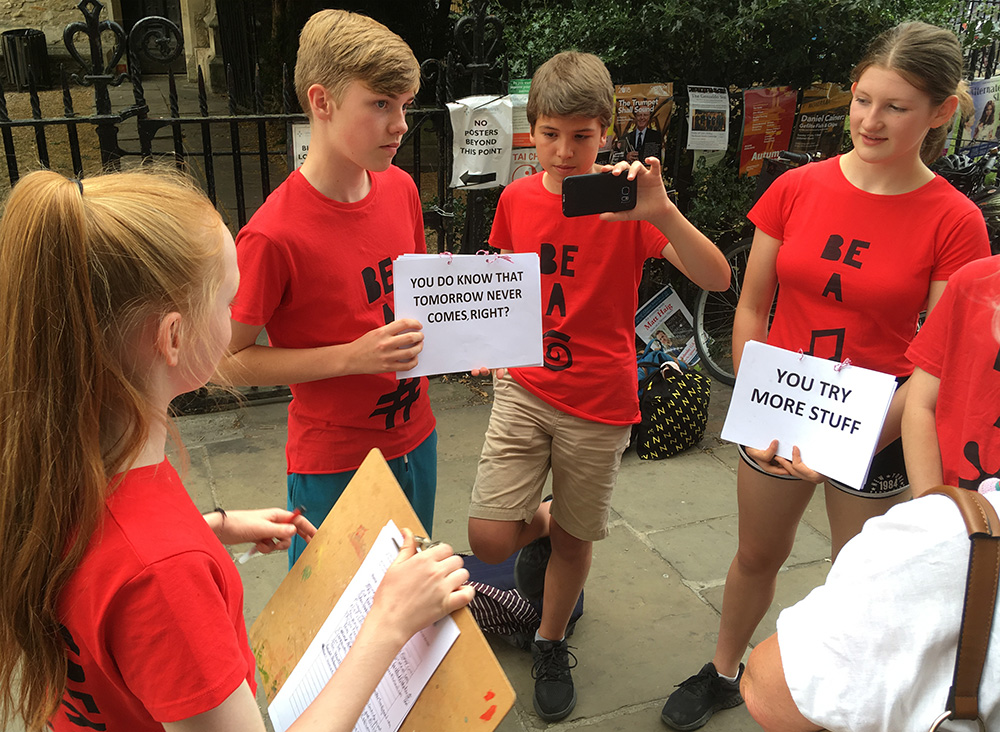 The project introduces the idea of 7 ogres – 7 things which can hold us back in our creativity. The project encourages teenagers to recognise the 7 ogres, so that they can start to work with or around them. As part of an animation for each ogre, we wanted to capture members of the public giving a quick verbal “comeback” or response to each negative thought.

In another part of the animation, and through working with the teenagers, AccessArt identified stages of creativity which we can all relate to. We have nicknamed these “The Universal Laws of Creativity”. We wanted to film the public saying the names of the various stages so that we can create quick clips through the animation to remind ourselves of the repetitive nature of these stages. As with the Ogres above, if we can help teenagers identify which “stage” they might be in then we can empower their creativity.