As part of the launch of the #BeACreativeProducer Project at Cambridge Junction, the teenage team led a workshop with Yr 6 pupils from Morley Memorial School, Cambridge. The aim of the workshop was to encourage children to think about how they consume digital media, and how they can use digital media as a creative tool. 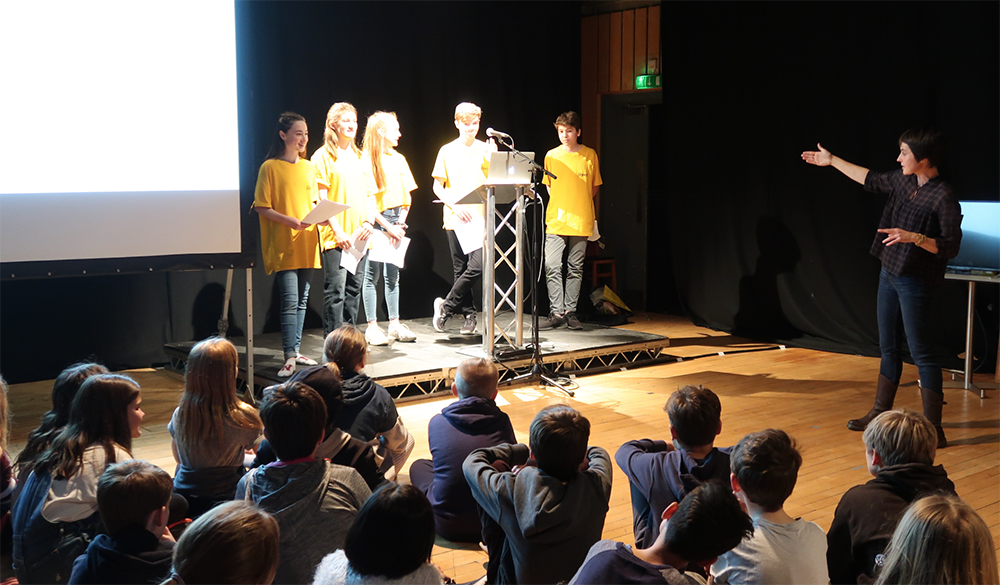 The Yr 6 children watched the short film below to introduce them to the #BeACreativeProducer project.

The teenagers then talked to the children about creativity. They asked the children what kinds of things they did that were creative, both in and out of school. 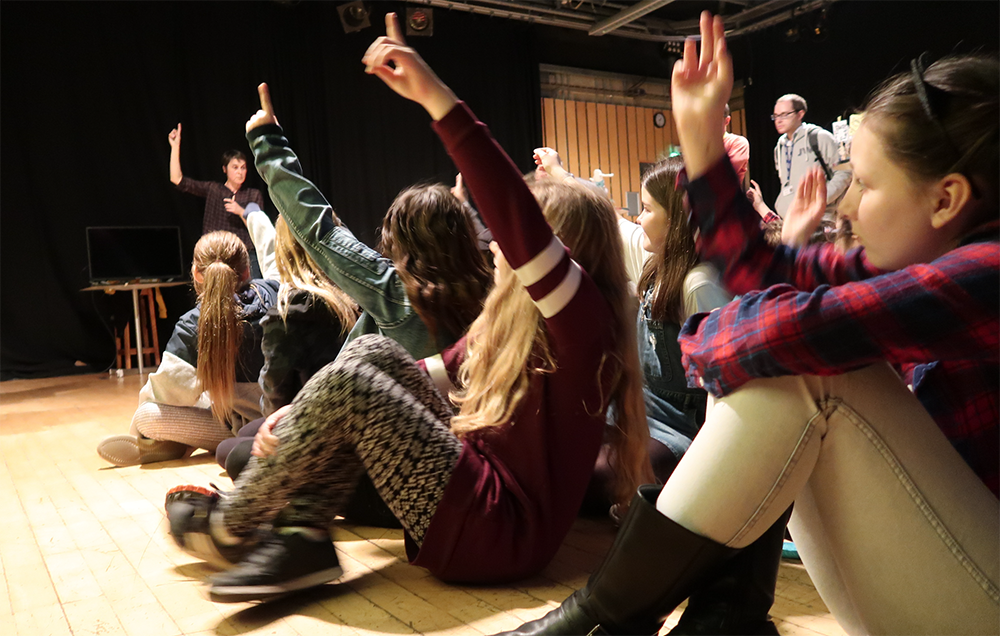 Why Is Being Creative Important?

The teenagers then showed the children a second film/animation which introduces some of the reasons why they felt being creative was important: 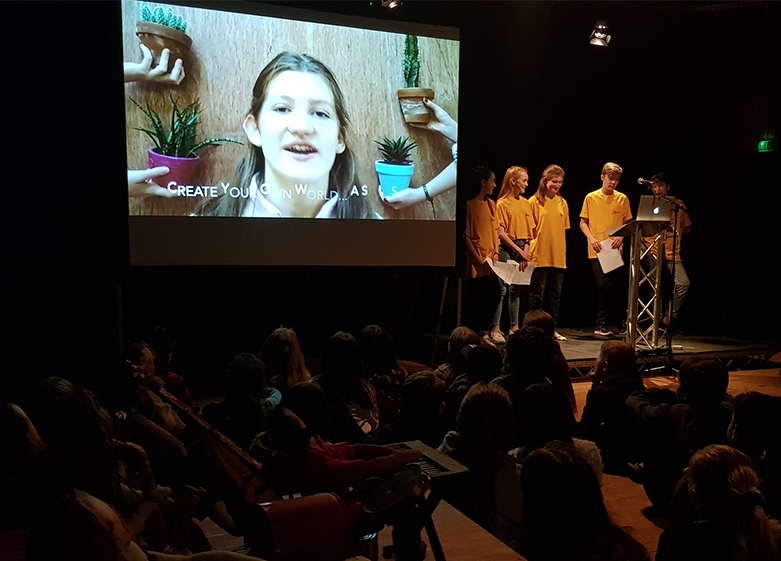 The teenagers then helped the Yr 6 children think why they felt creativity was important. How did it feel when you were being creative?

What Kinds of Things Can Hold us Back?

The last video that the teenagers showed during this section of the workshop, was a short film / animation exploring the kinds of thoughts which can hold us back from being creative: those negative thoughts we all sometimes have. The teenagers call these the “Ogres” and this film thinks about how we can re-frame our ogres to help us keep moving forward.

After the film we teenagers invited the children to share their own “ogres” and how they might navigate them.

We then moved on to the practical part of the workshop. The teenagers had organised 4 activities:

The Yr 6 group was split into 4 groups and then the children rotated in each activity. 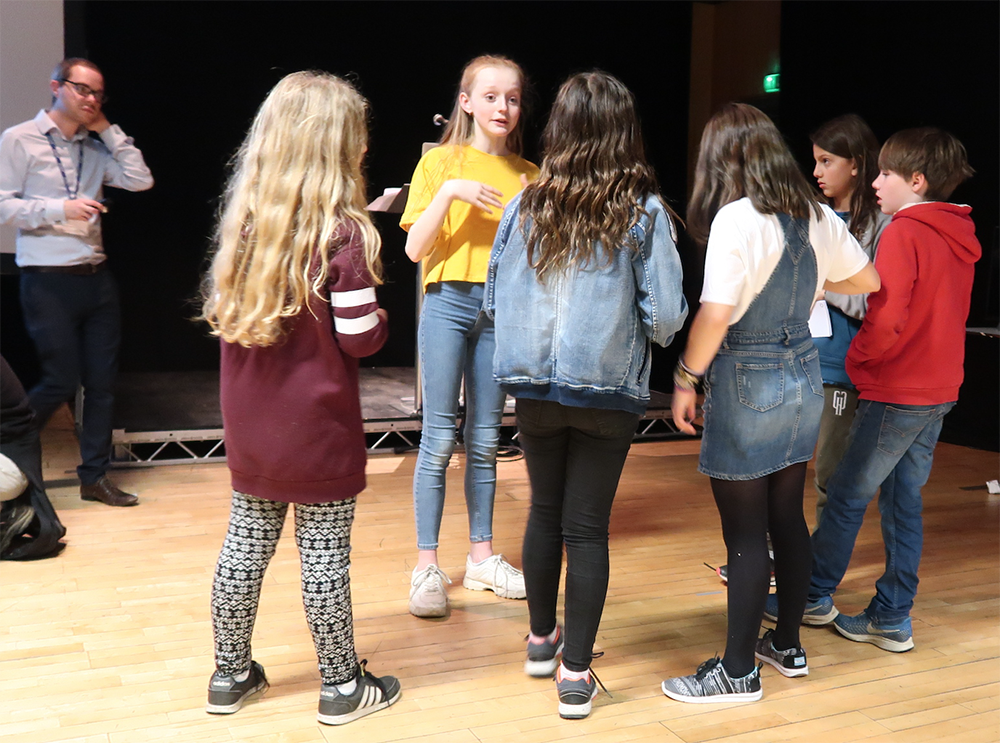 Amelia and Rowan led drama workshops in which the children were invited to choose one of the ogres they had seen in the film, and act out a scenario in which the ogre might appear. Children created narratives around the subject and thought about how they could get round the negative ogre thought processes. 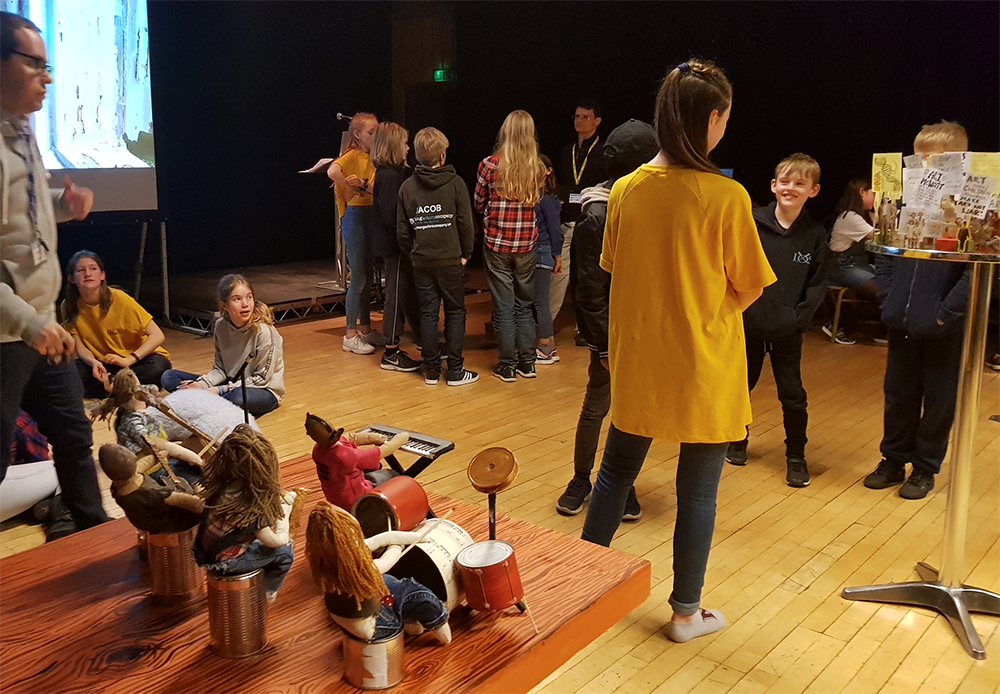 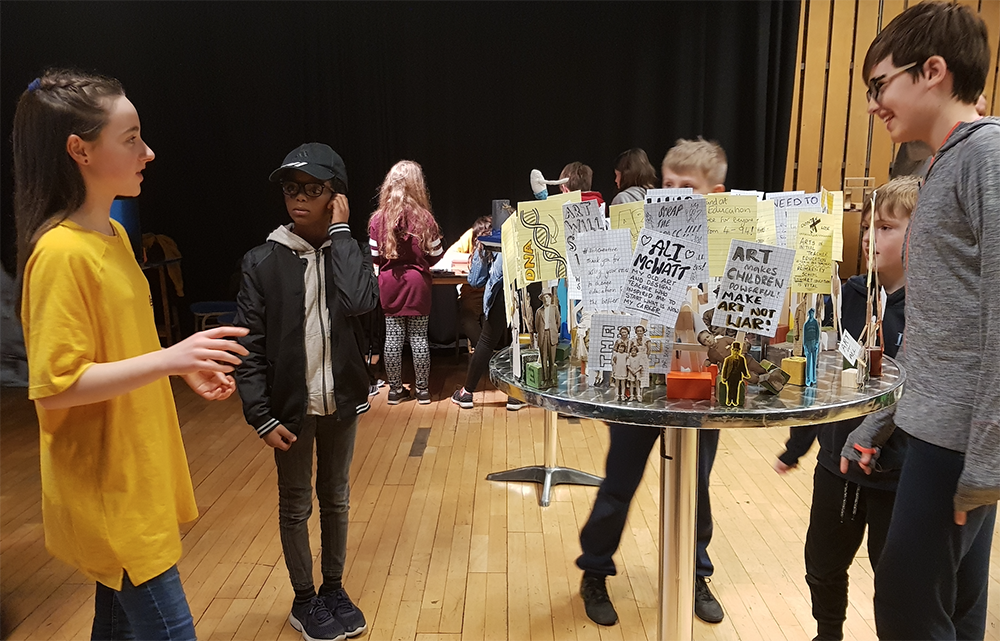 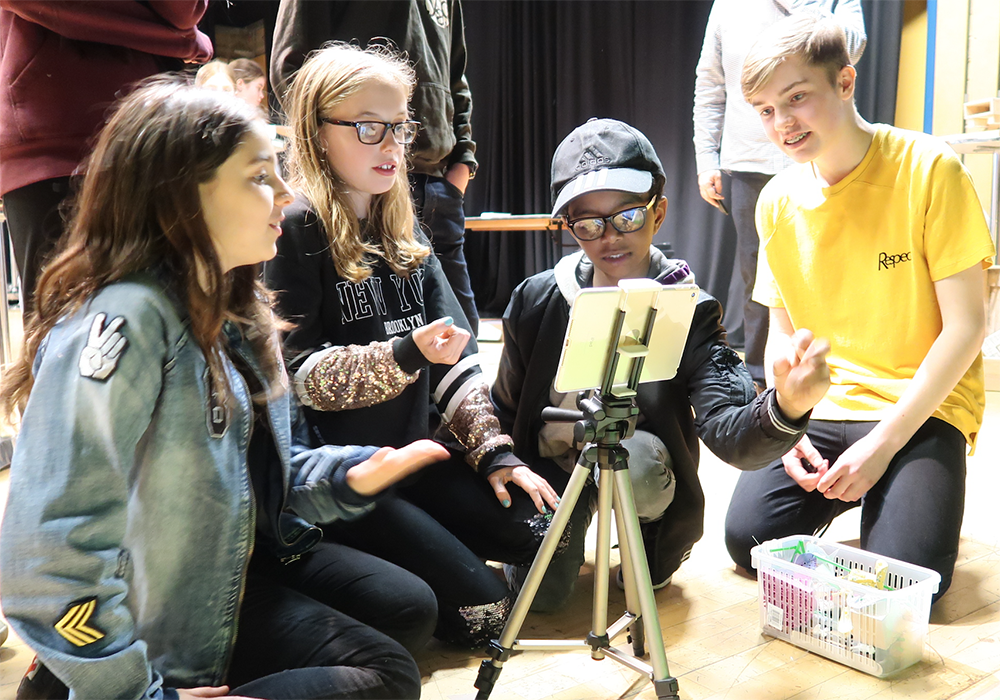 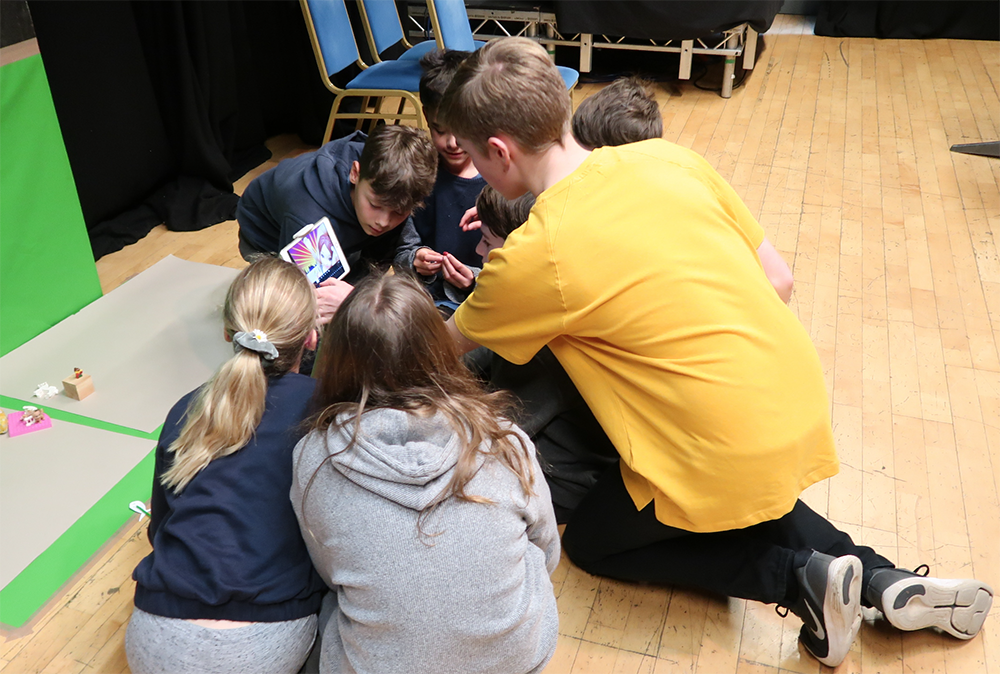 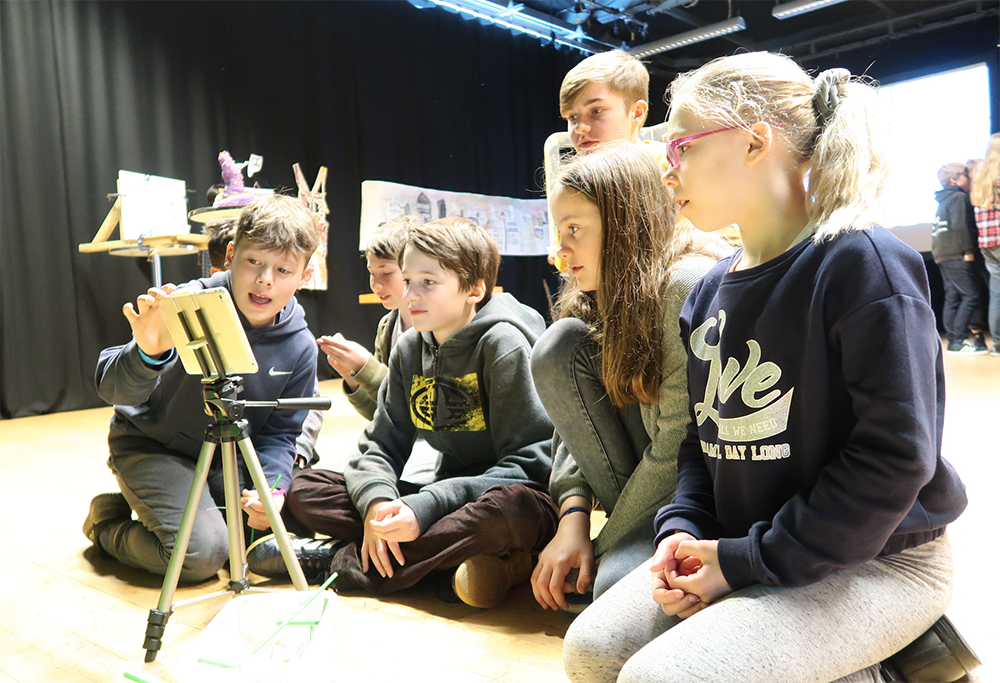 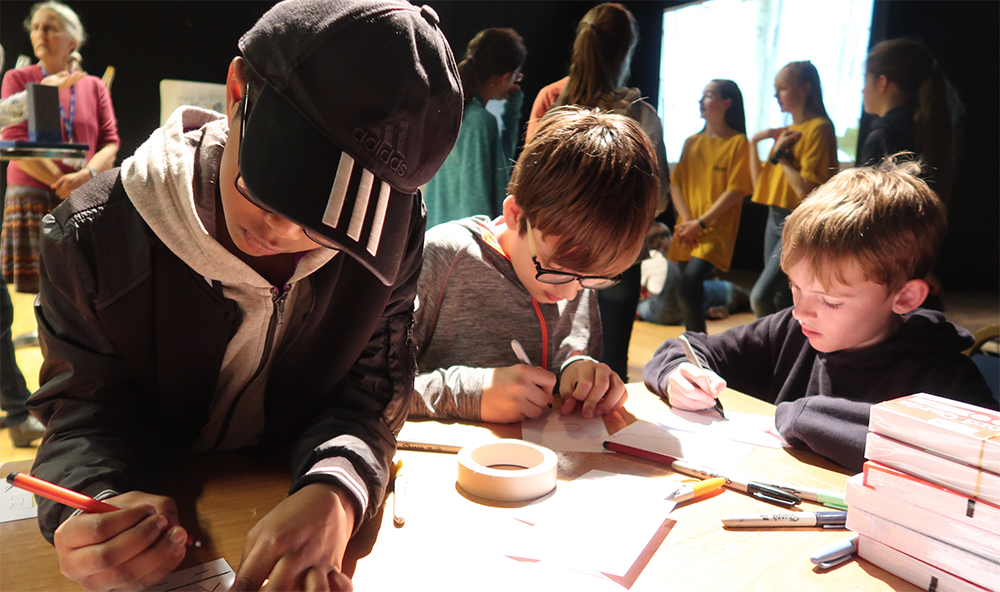 Lluis led a flick book workshop – you can see the activity here. 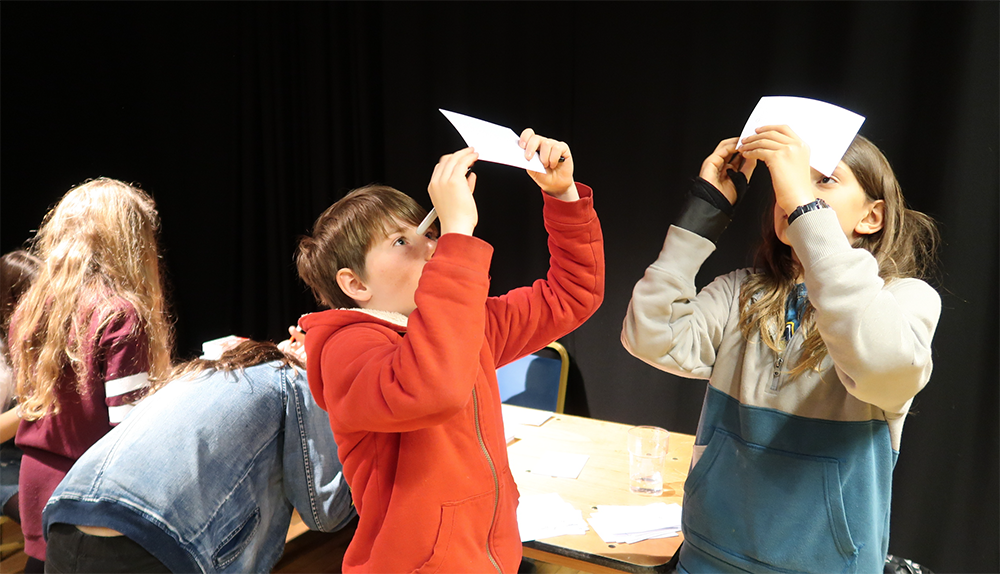 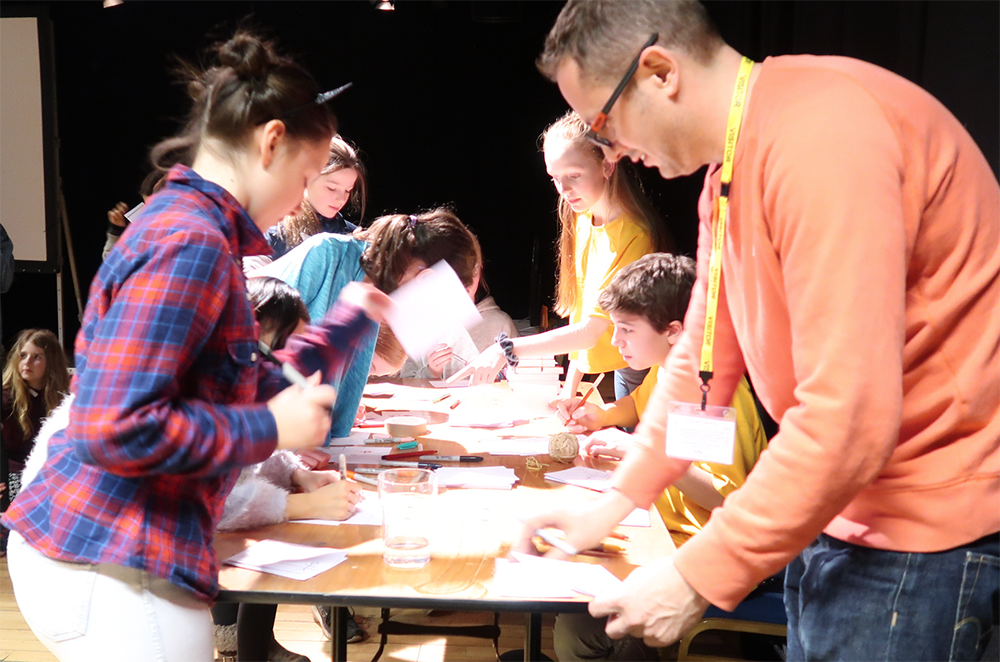 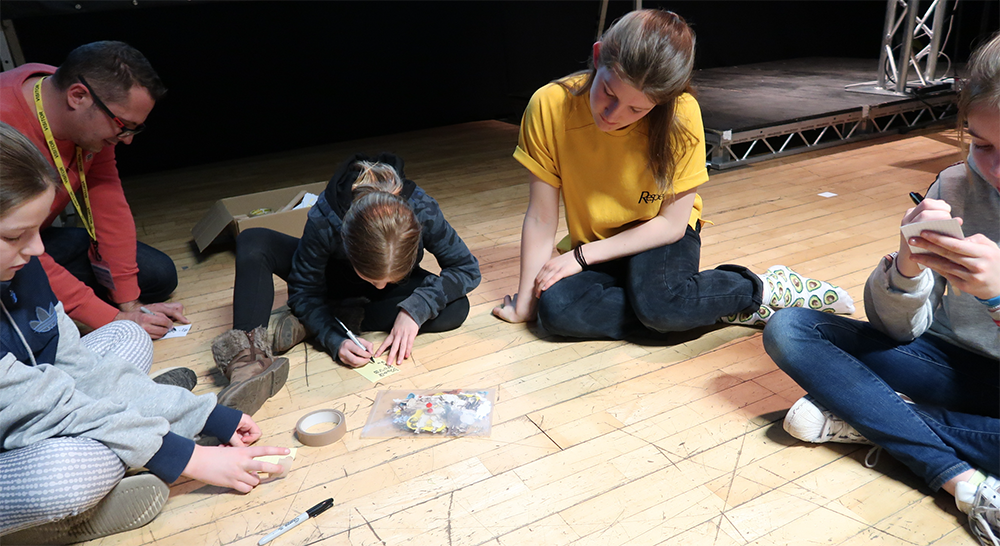 Finally the teenagers showed the Yr 6 a final film which is a quick quiz to help the children think about how they currently use digital media, and to plant the seed that we can all become producers, as well as consumers and use digital media to help us feed our creativity:

See all the films and animations made as part of the #BeACreativeProducer Project here. And you can register for updates on the project and tell us how you might like to use these resources here.

See the films presented as part of a Digital Wellbeing Week here.

The Making of: “Being Creative Builds Your Sense of Self”: A Simple Building Block Animation

Draw your Granny and Grandpa or Any Relative You Love!