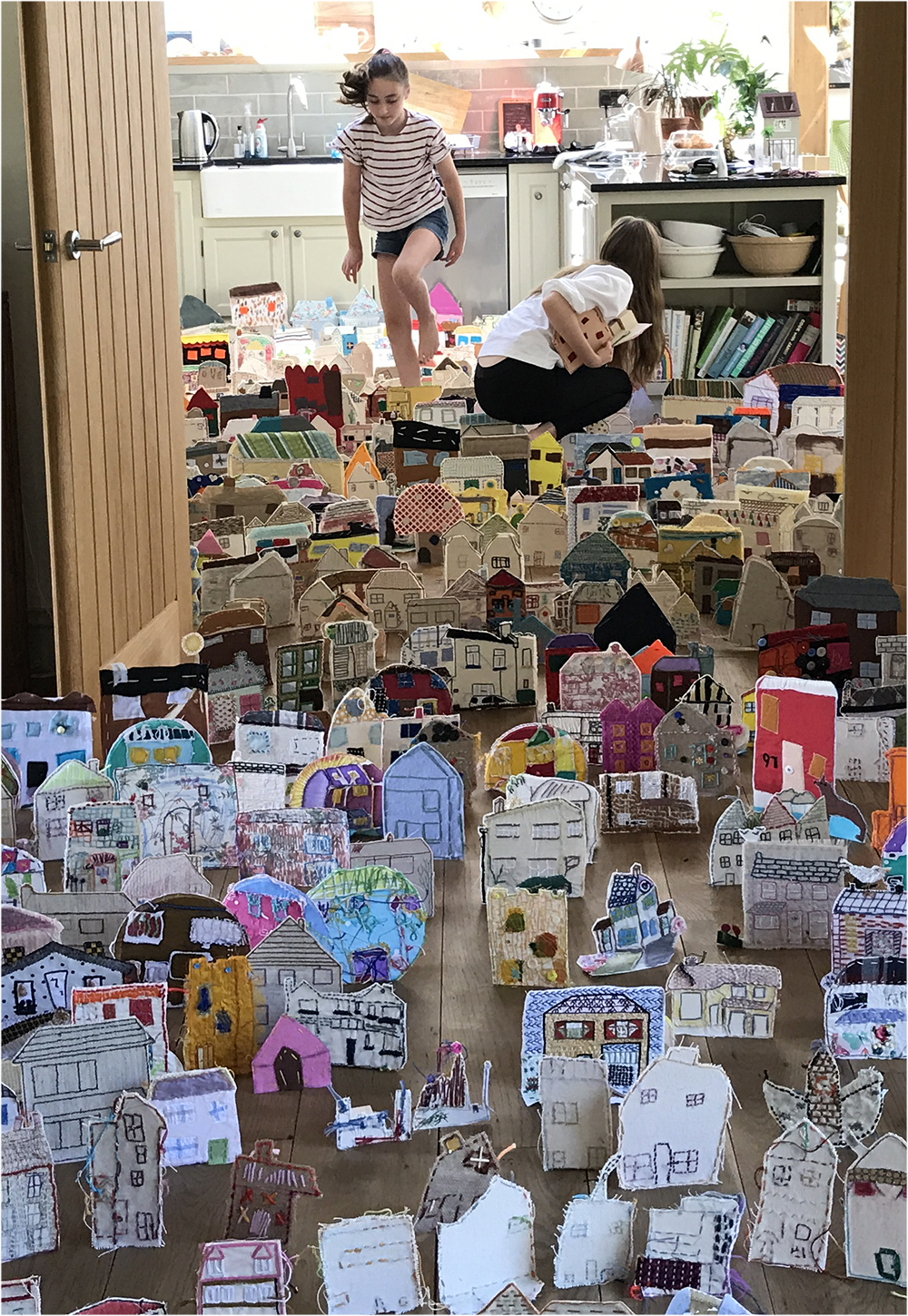 The AccessArt Village Tour gave many people joy, from when it was first seen, in September 2017, in the rural setting of Farfield Mill, in the Cumbrian Hills. Since then it has been cherished by people visiting Mansfield Central Library, in the heart of the country, followed by Brentwood Road Gallery, Frances Bardsley School, Romford in a sub-urban venue, east of London. In 2018 the Village was seen in the North East seaside town of Whitley Bay in the Old Gala House, Galashiels, and then finally came home to Cambridge on the 24th November 2