Graffiti Floor – Teenagers Have a Silent Conversation with Pen and Mark

As an adult, you must remember your teenage self and all the intensity with which life was felt? 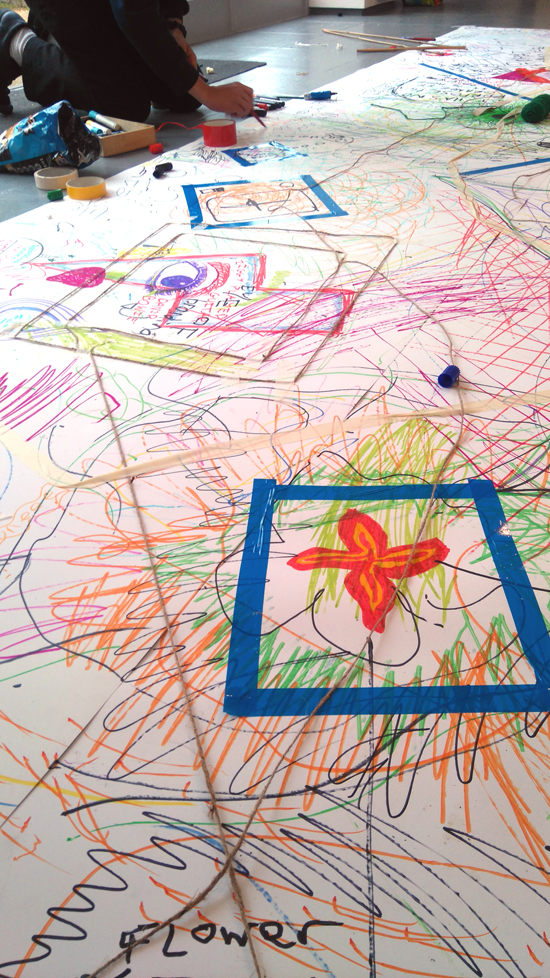 Teenagers are equipped with deep perception and sensitivity and a deeper, raw, immediate, honest, compassionate understanding of their surrounding world.

I am not a teenager, but I have worked with teenagers for the better part of fifteen years and have teenage children of my own. I can not speak for them with accuracy, or even as articulately as they can, to describe their feelings and frustrations, but as a facilitator, and mother, I can only empathise with their frustrations right now.

My son come home from school this past week (year 10), in the wake of EU referendum, end of term exams, televised Glastonbury and lots and lots of rain, saying that at school they were all ‘clammed up’ and ‘unable to talk openly’ about the seismic political happenings of the past week. He says they are all feeling it, but fear of offending the ‘other side’ keeps them from open dialogue or debate.

Britain, ‘home’, and perceived and experienced by many, as a multicultural, tolerant and creative nation, suddenly is a polarized state – and teenagers, like everyone else, are feeling it.

The point is, that on whichever side they might sit, the ‘other’ might now be their neighbour, friend, grandparent, parent, teacher, classroom assistant, dinner lady, facilitator and so on. Teenagers, ‘in,’ or ‘out,’ are it seems to me, afraid of expressing their fears and anxieties freely with each other and adults, and are having to contain their views and feelings about an incomprehensibly changing and fragile time.

They know, like Jo Cox that #wehavemoreincommon than different – but how can they be trusting of the adults who have thrown them into such uncertainty and changing equilibrium and with no voice of their own?

I was mindful of all of this when I went to lead my weekly teenage session last night. As a facilitator, I wanted them to have a space which was safe for them to quietly, or in whichever way they needed, be able to have a silent conversation with each other and use the tools they had to communicate something, anything.

I thought about the Roman Graffiti Wall, where it was ‘safe’ for the plebiscites to state their views without capital punishment, so thought that I could provide such a space. The session was not introduced as being about EU, Glastonbury, rain or anything else – I suggested that they use the floor to have a visual conversation – to say what they needed to say in marks and rhythms and drawing, to be mindful of each other but make the marks they felt they needed to express. To respond to each other – to ‘listen’ as well as ‘talk’.

The session was an hour long – and in that time there was almost complete silence and contemplation. I admire those teenagers – hats off to them – a contained and perceptive, respectful, hard working generation.